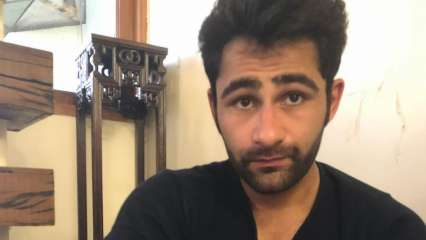 The enforcement directorate said on Wednesday that it will investigate actor Armaan Jain’s financial transaction in connection with an alleged money laundering case.

“We will now investigate Jain’s financial transaction in connection with the money laundering case,” an ED official told ANI.

The Lekar Hum Deewana Dil actor was summoned by ED today in the alleged money laundering case. Jain left the Mumbai investigative office after an hour of questioning.

He was seen leaving the media leaving the ED office. The agency had previously asked Jain to appear before them several times, but the actor did not show up.

Mumbai: Armaan Jain reaches office of Enforcement Directorate (ED). He has been subpoenaed by ED in an alleged money laundering case. pic.twitter.com/upDGQH0n1A

In connection with the case, Armaan’s home was raided on February 9, 2021. It is the same day that Armaan’s uncle and actor-filmmaker Rajiv Kapoor passed away. The raid lasted about two and a half hours at his home in Mumbai’s Altamount road area.

ED had raided Pratap Sarnaik’s Mumbai office in November 2020. Along with Vihang, Pratap’s youngest son Purvesh was also called up for questioning by ED.

Reports have it; ED excused Rima to leave for Kapoor’s residence when he learned that her brother Rajiv had died. However, Armaan and his wife joined the family after the raid was completed.