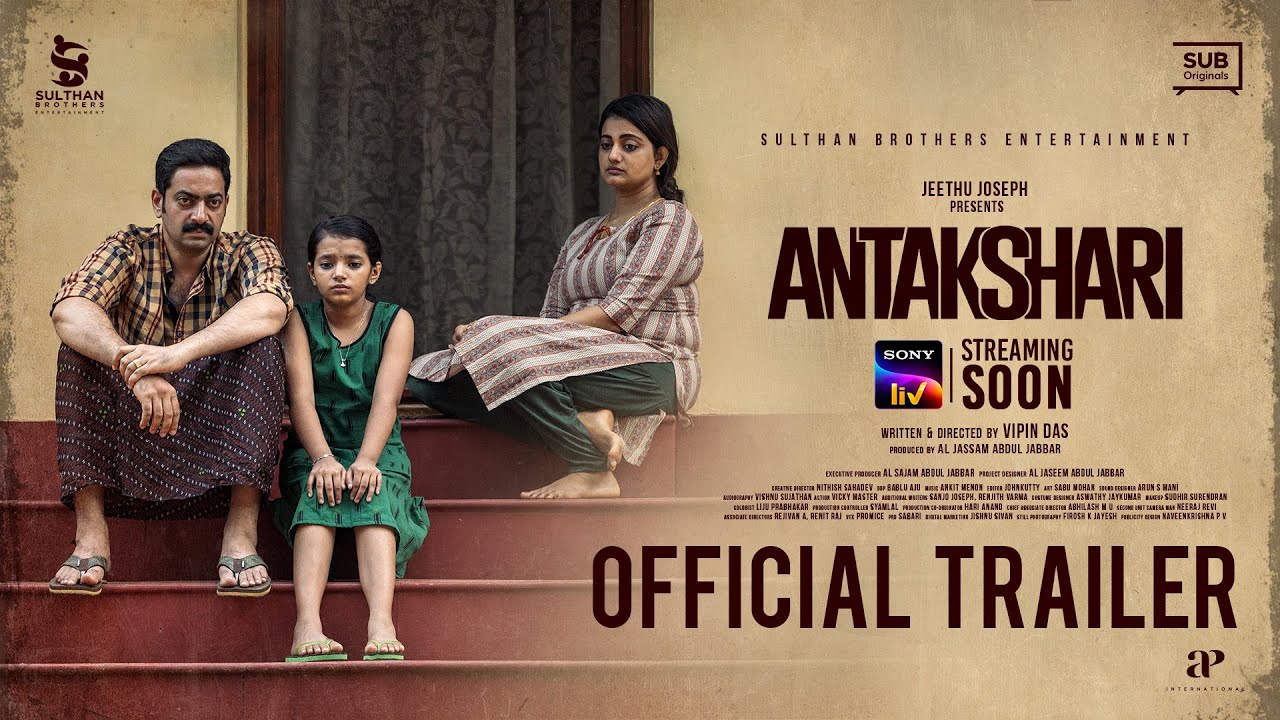 When I heard that the director who started his filmmaking career with the washout gangster caper Mudhugav, is coming out with a low-key crime drama, I was intrigued to see where he was resting his chips this time around. The director, in his second outing Antakshari, sacrifices the bloated cheekiness of his debut feature with a heightened emphasis on cinematic realism this time around, at least in its form than the content, that he chose to tell. The movie is a minimal, sparse exercise in visual bare-bone filmmaking juxtaposed with a borderline playful central premise focusing on the game of Antakshari, serving as the framing device for a self-aware game of cat and mouse crime procedural.

The storytelling takes place in the backdrop of a peaceful village, where the uneventful daily life is hampered by a series of mysterious occurrences. Vipin Das populates his world with low lives and weirdos, freely engaging with others in a society, which quietly acknowledges their perverseness and moves on, too powerless to stand up to and fight.

The screenplay punctuates the odd, sickening behavior of these men and goes on to tangle one disturbing episode after the other in a series of flashbacks that intercut with the everyday life of the hero Sub Inspector Das (Saiju Kurup), who engages in the game of Antakshari with arrested convicts and petitioners in his station premises and is a particularly unwieldy cop different from the macho, sharp, one-line spewing cops, seen in most crime procedurals and cop shows.

The novelty of these character ideas pays off in the former half of the movie, in its quieter moments but the hero soon becomes a token police officer designed to the tee, aping the character beats of the done to death distressed cop, on the lookout for a dangerous entity with a horrid past. Ramesh Kottayam, among the rest of the supporting cast, delivers a blinder of a performance as the intriguing constable who despises the hero and his slightly eccentric ways.

The visual aesthetic is underplayed at many crucial moments in favor of silences and quick glances that reveal character traits, in place of lengthy explanations and communicates character bios economically. Despite the narratively controlled design, the flow is often undercut at places with a loud, eerie background score, becoming a deal-breaker in the tense, revealing scenes. This contrasting approach to sound design digresses from the minimalistic visual cues in filmmaking with a not-so-subtle score, underlining each and every new fact presented on screen. The writing however keeps us engaged with its central conceit of placing the jovial game of Antakshari as its narrative focus, popping up in many places with innovative flourishes invested in stretches of idiosyncratic moments, true to the set world of the movie.

Saiju Kurup deflates all sense of cinematic heftiness of the pretty dark plot divergences, with his everyman appearances and underplayed finesse as a man hunting for a psychotic killer, as shown in the promotional trailers of the film. The script demands him to be an almost empty presence in any scene, forced to discover new information as we the audiences are fed the same, with nicely structured flashback vignettes running throughout. The side parts feel wholesomely written, though they pretty much comprise generic strokes at a basic conceptual course.

The canvas of side characters encompasses a wide palette featuring a clownish and dismissive superior, over-enthusiastic sidekick, old school senior constable, an influential local politician in loggerheads with the hero and many others who keeps the events grounded in the middle of all the singing and games.

The film tries to set up many issues like abusive parenting, workplace harassment and childhood sexual abuse with economic writing choices, however, none of these subplots and B plot events, ever take off and land to relieve the stakes at the very end. All these remain as quirks and serious examinations of the gross, unjust fates of the victims and survivors of the wrong end of the deal.

The film scores high for its underplay of emotional and thematic payoffs, where all the subversions and digressions, serve the innately quiet, self-reflective design, that engages and entertains, in its own low-stakes grammar. The movie pulls you in for its visceral, grounded strategies in storytelling backed by sincere performances.