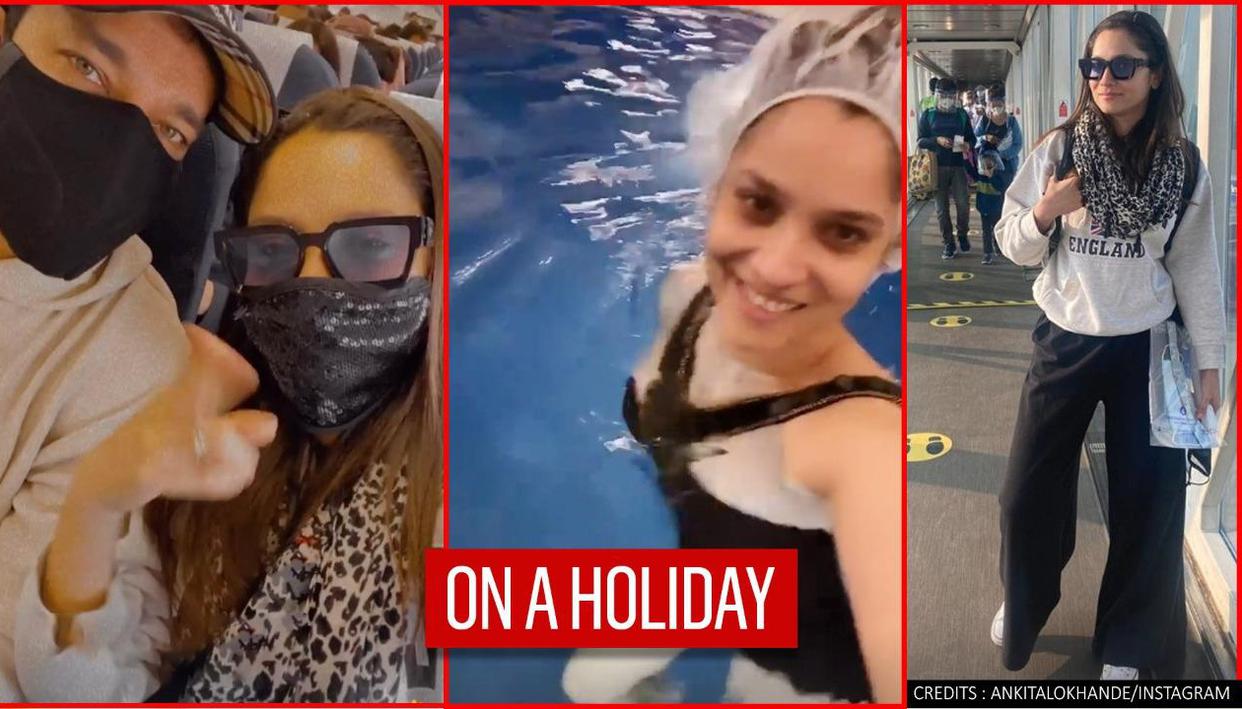 Ankita Lokhande and boyfriend Vicky Jain left Mumbai on Saturday to enjoy their Valentine’s Day in Shimla. Ankita grabbed her Instagram handle and shared a boomerang video of the flight.

In the following stories, she shared some glimpses of how she got into the pool and later wished actor Rashmi Desai on her birthday as well. In the video she hears saying, “Sorry I didn’t message you Rashmi. We were both traveling and we’re both in Shimla and I’ll see you tomorrow.”

Numerous photos and videos of Ankita and Vicky have gone viral lately. This included videos of them dancing together, roaming around in the car or celebrating occasions such as Diwali.

What has Ankit Lokhande been up to?

Ankita Lokhande had been in the news for her support of the movement seeking justice for Sushant Singh Rajput, who was her first co-star on the hit series Pavitra Rishta, and ex-boyfriend. She had participated in numerous initiatives and campaigns, such as raising her voice in the search for an investigation by the Central Bureau of Investigation into his death.

She recently even paid tribute to him with her performance at an awards ceremony.

At the time, when asked about the message to SSR fans, she had said, “Transfer my love and please keep on loving. This time there is something special. Check it out like it for the fans of Sushant. “

“I know people love Sushant a lot and today is just a little effort on my part,” she said before her performance.

On a professional level, Ankita, who had made her Bollywood debut with Kangana Ranaut starrer Manikarnika, featured in Baaghi 3, which was released in March. She has yet to announce her next venture.