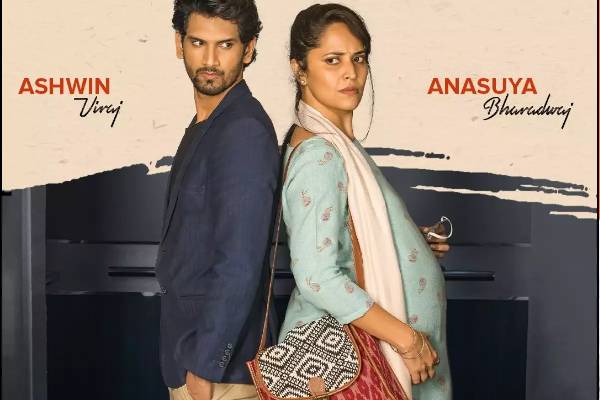 Anker became actress Anasuya Bharadwaj has made an interesting series of films in her career and is quite selective. She played the lead in Thank You Brother, a content-driven movie streaming on Aha from today. The film is inspired by the English film ‘Elevator Baby’ and is directed by Ramesh Raparthi. Viraj Ashwin played the other lead role in Thank You Brother. Here’s the full Thank You Brother review:

Thank You Brother is the story of Priya (Anasuya Bharadwaj) who is a pregnant woman and loves her family so much. She loses her husband and one fine day she gets stuck in an elevator along with Abhi (Viraj Ashwin) who is a spoiled brat and has enough attitude. He never respects his parents and is a womanizer. The rest of Thank You Brother is all about how he saves Priya’s life and realizes the value of relationships in life. Watch Thank You Brother to learn more about the full story of the movie.

Thank you, brother, lacks a strong emotional content and the writing also looks pale. The film’s cinematic work is good and the background score is decent. The other technical aspects of Thank You Brother are decent.

Verdict: Thank You Brother is a disappointment because the film lacks the necessary emotional connection. Anasuya and Viraj star in their roles.