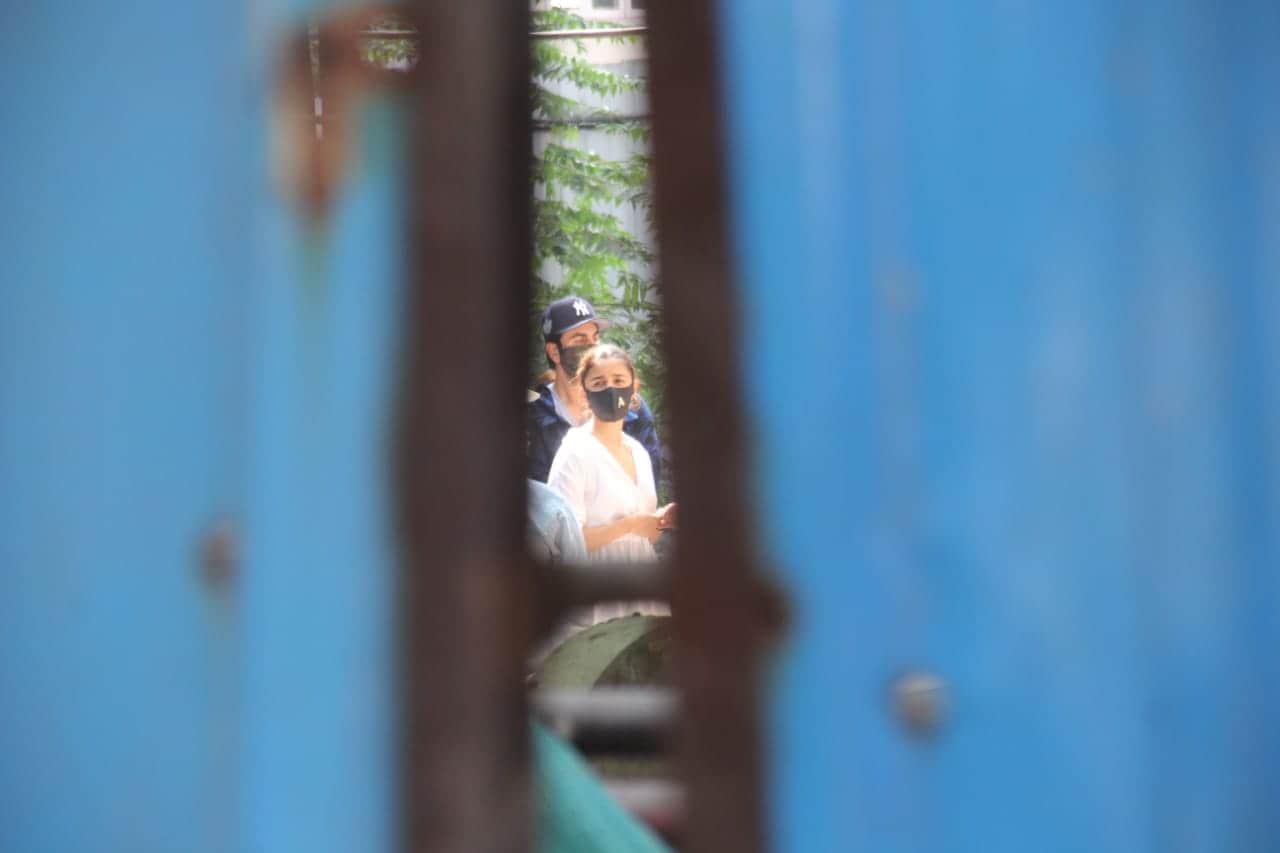 Actor couple Ranbir Kapoor and Alia Bhatt were seen as they arrived at a new property they reportedly built for themselves. Ranbir and Alia have been dating for three years.

On Tuesday, photos and videos of the couple entering a construction site on Pali Hill in Mumbai were shared online. They were joined by Ranbir’s mother, actor Neetu Kapoor. Ranbir wore a blue shirt and cargo pants, while Alia wore a white top and black boots. They were also seen observing construction progress on a higher floor.

This comes after the pair were spotted with actor Nagarjuna and director Ayan Mukerji, when they finally finished filming their long-running fantasy movie, Brahmastra.

Alia and Ranbir have reportedly spent the coronavirus shutdown together and were seen on several occasions in the grounds of Ranbir’s building. Last year, it was reported that Alia had bought an apartment in the same building. While Ranbir remains on the 7th floor, Pinkvilla said Alia had bought a place on the 5th floor of the same Vaastu Pali Hill complex for 32 crore. By the way, the tower is close to the Krishna Raj bungalow of the Kapoor family.

Speculation about the actors’ marriage has increased in recent months, especially as they traveled to Rajasthan with their families for the New Year.

Also read: Alia Bhatt’s ring is an ode to her love for Ranbir Kapoor, see her Valentine’s Day message for him

Asked if he plans to get married soon, Ranbir said in an interview with journalist Rajeev Masand that the deal would have been ‘sealed’ had the ‘pandemic not hit our lives’. ‘I don’t want to spoil it by saying anything. I want to mark that goal in my life very soon, ”he said.

How to Remove Continue Watching Netflix in 4 Steps – Filmy One

What You Can Watch Today: 5 best shows and movies on Zee5, Disney + Hotstar and Netflix