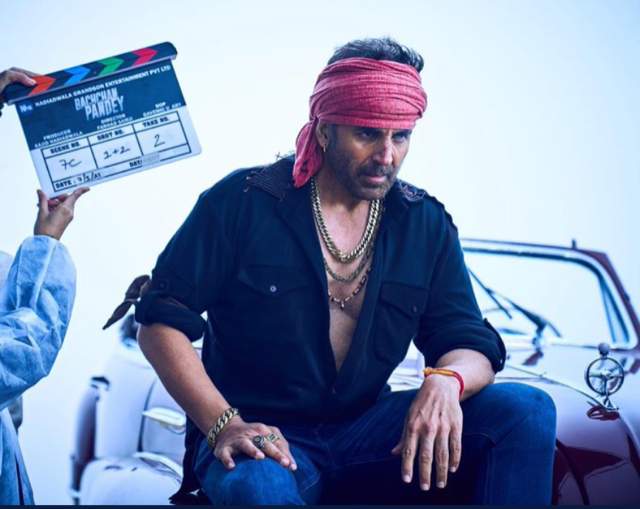 Shooting of Akshay KumarThe next film, Bachchan Pandey, aired today and the 53-year-old actor shared a photo of his appearance on social media. The Good Newzz actor looks intense in a dark blue / black shirt and jeans with a red bandana wrapped around his forehead, and he also looks wearing thick chains around his neck and wrist. A closer look suggests that his left eye is different.

This is Akshay’s 10th film with Sajid Nadiawala. His other films with Nadiawala include the Housefull franchise, Heyy Babby, Mujhse Shaadi Karogi. The actor wished luck and also asked for a response to his look for the movie. The film was supposed to be released last year, but was delayed due to the pandemic.

Akshay was last seen in Laxmi Bomb, a remake of the Tamil movie Kanchana.