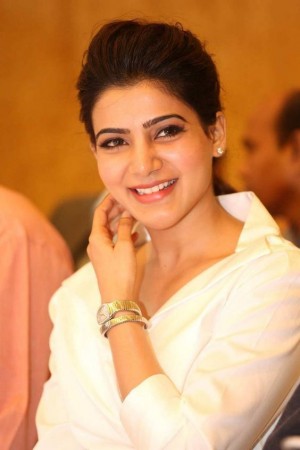 South Indian film actress Samantha Akkineni is now in conversation with Manoj Bajpayee-starrer about her matchmaking web series The Family Man 2. But this brings out a lot of information about the actress. Today, many South Indian movies are in discussion about the release of Pan India. Southern movie stars have begun to slowly expand their reach of the audience.

After Prabhas-starrer Bahubali and Yash-starrer KGF 2, the honor of Southern movie stars has gathered momentum. Because of this, many stars, including Allu Arjun, Ram Charan, Junior NTR, Prabhas, Yash, Pooja Hegde and Rashmika Mandanna, are also ready to fascinate Hindi cinematographers. The list will now include the name of Southern film actor Nagarjuna’s daughter-in-law, Samantha Akkineni. Within the film corridors, information comes out that Samantha Akkineni’s upcoming film Shakuntalam the filmmaker-director is also going to bring to Hindi audiences.

In fact, preparations were made to make this film only in Telugu. But now the filmmakers are moving forward with the plan to release Pan India. Samantha Akkineni’s upcoming web series is The Family Man 2. The first part of this web series managed to impress the audience, and the second part is expected to leave its big mark as well.

Surbhi Chandna is stunned in a red thigh-high split dress