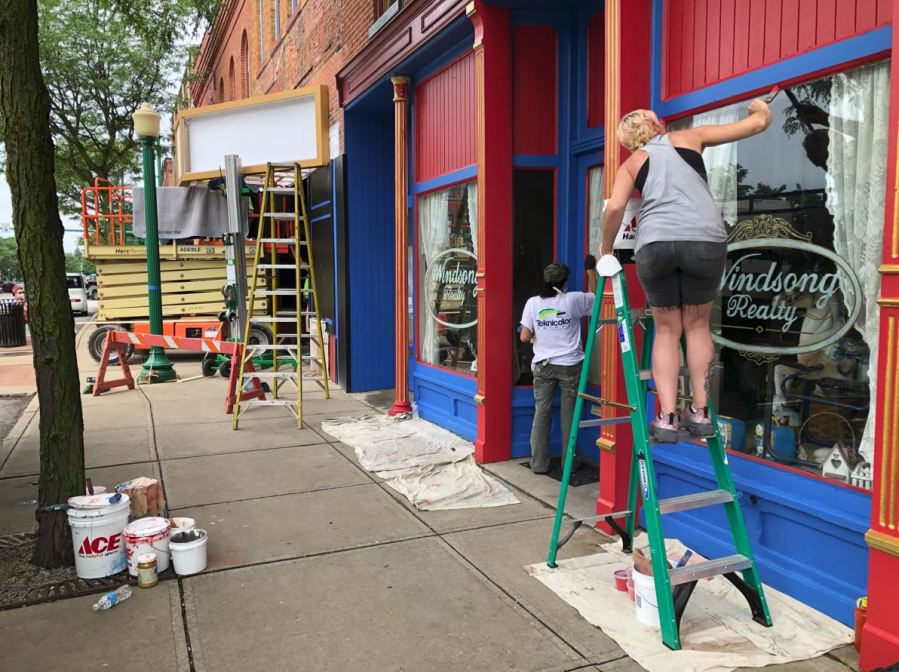 WELLINGTON, Ohio (WJW) – It may be 2021, but the village of Wellington will soon be going back in time to the 80s for a Netflix feature film titled “White Noise.”

It is based on the novel by author Don DeLillo, which follows the life of a college professor who is forced to face his mortality after a poisonous event in the sky. Actors Adam Driver and Greta Gerwig, the stars of the project.

“We have a lot of beautiful historic architecture in the city and the intersection is important to the film, but we’re a kind of Americana that you don’t see very often,” said Jenny Arntz, the executive director of Main Street Wellington. She said Netflix producers were in town in May and touring several locations.

Local union worker Victoria Petrovic, from North Olmsted, was hired to help with the transformation.

“It is a traditional craft. We have a local workforce. There’s a union here for the film studio’s editors and that’s where the local power comes from,” Petrovic said.

“It’s nice that they come to town. A lot of these buildings need attention anyway and they give us a little extra attention,” said business owner Jeff Wooster, whose Mechanic Street Brewery is being turned into a travel agency.

“We are in the process of refurbishing the building. We are almost done with the outside and it will take a while before the inside is ready. So they don’t really bother us at all, they even help us. They paint the bottom windows.”

During filming next month, Wellington’s main intersection will be closed for several days. Netflix pays approximately 40 companies an inconvenience fee; anywhere from $500 to $1,000.

Wellington is no stranger to the limelight. Actor Liam Neeson in town in 2019, filming ‘The Marksman’.