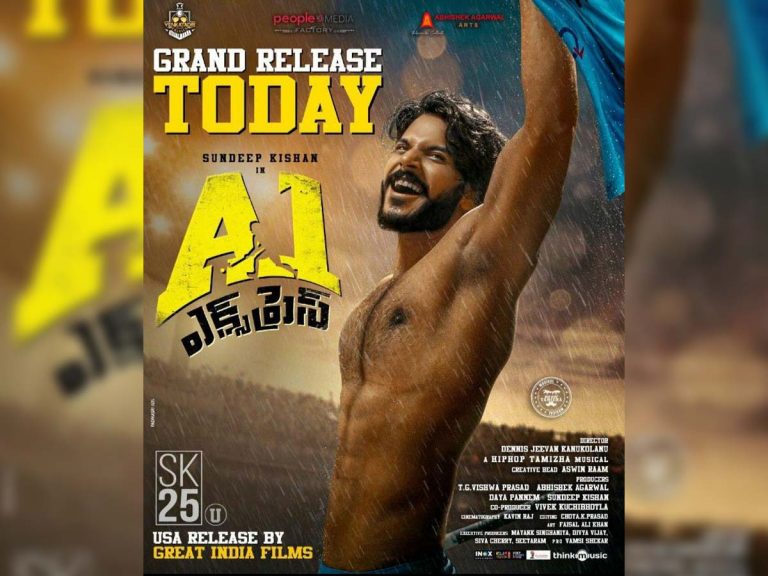 A1 Express Movie Review: Sundeep Kishan and Lavanya Tripathi join forces with an upcoming sports movie A1 Express, the actors’ most ambitious project to date. The recently released trailer for the movie has been viewed millions of times on YouTube. Let’s take a look at the A1 Express story.

Story: The movie is set in Yanam. In Yanam, a minister Ramesh (Rao Ramesh) inaugurates a hockey stadium named after P Chitti Babu, a local legend from the first decades of independence who once played the game of hockey to save the day against the French. Coach Murali (Murli Sharma) is an ex-army officer who has big dreams for his players, including Lavanya Rao (Lavanya Tripathi). Sundeep Naidu (Sundeep Kishan) comes to Yanam from Vizag and tries to pick up Lavanya. While trying to woo her, Sundeep gets the chance to accidentally showcase his hockey skills. What happens next is the rest of A1 Express’s story.

Performance: Sundeep Kishan has done his best in the role of Sundeep Naidu and he fits the picture perfectly. He steals the show in the emotional scenes. Lavanya Tripathi as Lavanya Rao is good and she looks cute in the role of a hockey player. Murali Sharma is excellent in the role of a coach. A1 Express relies solely on the star rating of Murali Sharma, who carries it on his shoulders. The rest of the star cast, including Rahul Ramakrishna and Priyadarshi, are doing well within their limits.

Technical: The cinematographic work is quite good. The background music composed by Hip Hop Thamiza is one of the main highlights. The background score increases the hockey game parts to keep the audience glued to the screen. The dialogues are good. Every frame is rich and fantastic. Production values ​​are rich. Coming to the work of director Dennis, he did a good job with the movie A1 Express. There are a few predictable scenes in this movie and the storyline is simple.

Analysis: The way politics affects hockey players’ lives has been realistically depicted, but the lack of logic and writing makes this strictly a one-off watchable movie. All in all, A1 Express is a compelling drama.