Browse OTT platforms and you’re sure to spot a movie or series starring the talented actor Manav Kaul. His recent appearance on Netflix’s Ajeeb Daastaans and film Saina has put him in the spotlight like never before. But the man who wears multiple hats – he’s a director, playwright, author, stage actor, filmmaker, and more – has been known for decades for his excellence in everything he does. Kaul will soon be seen in Finding Anamika, directed by Karishma Kohli and Bejoy Nambiar, alongside Madhuri Dixit Nene. Before that, let’s revisit some of his excellent performances.

The Netflix anthology is all about complex relationship equations. In “Ankahi”, he plays a photographer with a speech impediment who finds the companionship and easy conversation he wants in Shefali Shah. The central device of the film is sign language, which Kaul and Shah are effortless in.

Imagine Tumhari Sulu without Manav Kaul is almost impossible. Suresh Triveni’s comedy drama was a refreshing story that everyone could relate to. The wonderful comparison of a supportive husband and wife between Vidya Balan and Kaul was a treasure to watch. The movie showed Kaul dancing, singing and laughing, making it one of the best feel-good movies.

Kai Po Che! wasn’t just the movie that catapulted Sushant Singh Rajput, Rajkummar Rao and Amit Sadh to stardom. It also gave Manav Kaul the space to show his grayer side, as a mean right-wing politician.

Prakash Jha’s Jai Gangajaal was the second installment in what was supposed to be a franchise. Priyanka Chopra took on the role of an IPS officer and she took on the powerful MLA Babloo Pandey, played by Manav Kaul. Her department agents are working with Pandey and her work is cut out for her. Chopra’s powerful performance and Kaul’s brutal act make it a solid watch.

When Saeed Mirza’s 1980s classic cult film Albert Pinto Ko Gussa Kyun Aata Hai was remade in 2019, Nandita Das, Manav Kaul and Saurabh Shukla were featured. Albert Pinto goes missing one day, his girlfriend and family contact the police for an investigation. However, they do not know that he is on his way to Goa to complete an assignment as a hit man. The act of revenge is due to the fear he has towards society.

A new addition to the list is Mrs. Chief Minister. The chilling political drama starring Richa Chadda, Saurabh Shukla and Manav Kaul, the film is set in Uttar Pradesh, the film shows Dalit politician Tara coming to power despite all the risks and struggles that come her way. Manav Kaul as Danish Khan is seen as a supportive assistant, helping Tara rise to power against all odds. The movie is a bit of a bumpy watch, but the strong performance makes up for it.

With Arjun Rampal and Manav Kaul, Nail polish is an exciting watch. Kaul who plays a decorated ex-army officer is accused of murdering migrant children, his lawyer Sid Jaisingh does everything he can to protect him and show a different side to the story. Director Bugs Bhargava Krishna’s is an edge-of-the-seat watch, all thanks to the gripping script and the stunning performance of both actors.

If you’re looking for horror, the Netflix miniseries Ghoul is the right choice. Radhika Apte, Rohit Pathak and Manav Kaul in this series are sure to give you goosebumps. According to Arab folklore, Ghoul is a demonic creature believed to inhabit cemeteries and other abandoned places. They belong to the class of spirits often referred to as jinn in the tradition of Islam. They feed on the body and soul of people and have the power to change shape. The story is set in a near-future totalitarian India, where a secretive and mysterious prisoner is sent to a remote military interrogation center. Things seem deceptively simple until he begins to reveal people’s darkest and most disgraceful secrets. 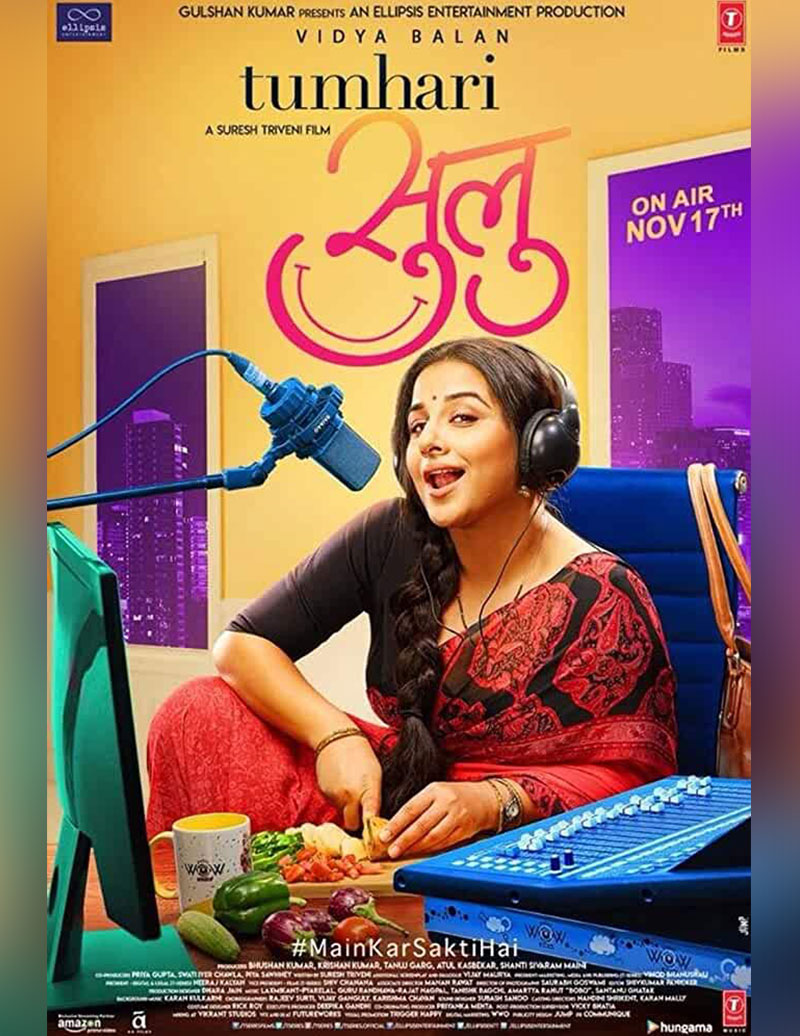