In the month of May along with a lot of Hindi movies, we also have some exciting Telugu movies that can be streamed on various OTT platforms. From an interesting sports drama A1 Express to a prison drama film To check– watch the upcoming Telugu movies coming out on Netflix, ZEE5, Sun NXT, Aha Video in May 2021

6 Brilliant Telugu Movies To Be Releasing On Netflix, ZEE5, Sun NXT And Aha Video In May 2021 That You Shouldn’t Miss

While there has been a lot of talks about nepotism in Bollywood, here’s a movie that sheds light on corruption and nepotism in the sports industry. The script is a commentary on how players are treated in our country. Directed by Dennis Jeevan, the movie is a remake of the Tamil movie, Natpe Thunai and stars Sudeep Kishan and Lavanya Tripathi

Featuring Nithiin, Rakul Preet Singh, Priya Prakash Varrier and Simran Choudary, To check directed by Chandra Sekhar Yeleti, often reminds you of The Shawshank Redemption. The filmmaker, winner of the National Award, brings us the story of a man accused of a terrorist who turns out to be the chess champion. His last wish is to play with Vishwanath Anand. Doesn’t this sound interesting?

Directed by Prabhu Solomon and starring Rana Daggubati, Vishnu Vishal, Pulkit Samrat, Shriya Pilgaonkar and Zoya Hussain, Aranya was released simultaneously in Telugu, Tamil and Hindi. It is also one of the top rated Tamil movies of 2021 from the IMDb so far. The Telugu dubbed movie Aranya has a strong message about forest and elephant conservation. Inspired by real-life environmentalist Jadav Payeng, the film sheds light on how humans should coexist with nature and animals.

Promoted with the slogan ‘Everyone is a filmmaker by heart’, Cinema Bandi is a beautiful film full of laughter. Hosted by filmmaker duo Raj and DK, the film is about two friends, one of whom is a rickshaw driver who finds an expensive camera in the backseat of his car. He tells his friends about the camera and the two decide to make a movie with pure intention in the heart.

Featuring Anasuya Bharadwaj and Viraj Ashwin, Thank you brother, has a completely different plot. Ramesh Raparthi’s story revolves around a spoiled man and an expectant mother trapped in an elevator. There is a backstory between the main characters that keeps the story together.

The romantic drama shows the wonderful chemistry between Keerthy Suresh and Nithiin, which keeps you involved in the story. This coming-of-age story is about Anu and Arjun who are childhood friends and share a love-hate equation. The two get married and that changes life for them. Things get confused when Anu announces her pregnancy. How the couple sort their difference and manage their married life makes up the rest of the story. 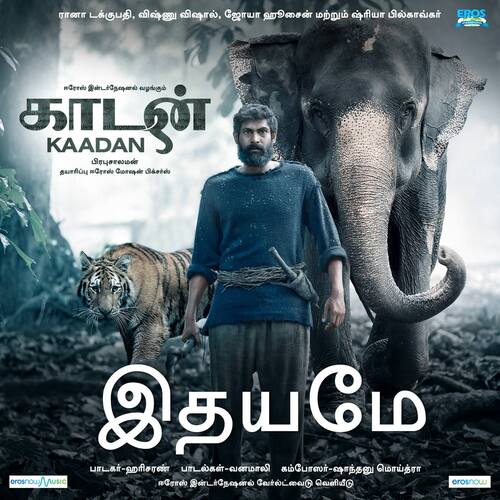 Celebrate the ‘Game of Thrones’ prequel announcement with the best episodes – FilmyOne.com