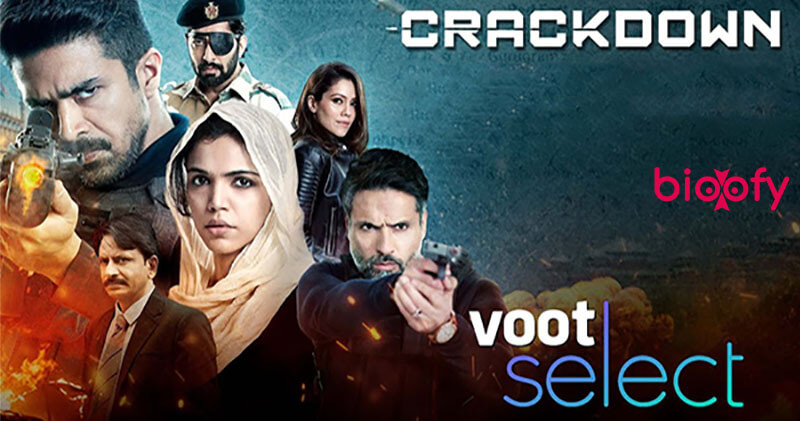 In today’s time, more than one web series is coming in OTT form in which the demand for content is also increasing, due to the increasing demand for web series, we get to release web series full of crime and thrillers on many OTT platforms. Going on, today we are going to tell you about some of such Best Crime Thriller Web Series, which you too will be filled with suspense.

You must have heard about this web series. It takes a lot of kand to quench the fire. Matsya goes to jail after blowing up the petrol pump where he meets a pandit Ji and the pandit Ji also teaches him the methods so that he can easily defeat his enemies, not only that, he also jails pandit Ji Matsya. It also helps in getting out.

Now after this, Matsya keeps changing his form and doing different adventures, if you want to know how he does it, you will have to watch Matsya Kand Thriller Web Series for this.

The OTT platform of this web series is MX Player, where you can watch its 11 episodes.

Crackdown web series is directed by Apoorva Lakhia, which you can easily watch in Voot Select, its story is based on RAW Agent in which you have been shown well about terrorism and politics.

It is shown in the Crack Down Web Series that a team of RAW kills eight terrorists in Delhi, including a Maryam who continues to work under the Pakistani master, followed by the entry of a girl named Divya, who is Maryam’s. Looks like

Now Divya is sent to Pakistan instead of Maryam, where Divya informs RAW about all the conspiracies done by Pakistan, after which there are many twists and turns in the story, if you also want to watch this web series then Voot You can watch all its episodes by going to Select.

The story of Rejctx Web Series begins with Aarav and his friends studying in Elite International School, who want to make a different identity in their school, the twist in this web series comes when CM’s son Aarav gets kidnapped. Now, to know the answer to all these questions why Aarav got kidnapped, you have to go to Zee 5 and watch 10 episodes of Rejctx Web Series.

This web series is also completely based on the mystery thriller, after watching it you will surely be surprised.

These are some of the best Thriller Web Series in Hindi that you must watch.

Disclaimer: All Images that are Used in this post from Instagram & Google Image and Credit Goes to their Respective Onwer. The above details are sourced from various Online reports. The website does not guarantee 100% accuracy of the figures.Contact Us on this Email [email protected] for Credit or Remove these Images.

Note: FilmyOne.com.com does not aim to promote or condone piracy in any way. Piracy is an act of crime and is considered a serious offense under the Copyright Act of 1957. According to the Indian copyright act, an attempt to commit, aid, support, or counsel an act of piracy will be punishable with up to 3 years of imprisonment, and up to a ₹2,00,000 fine.