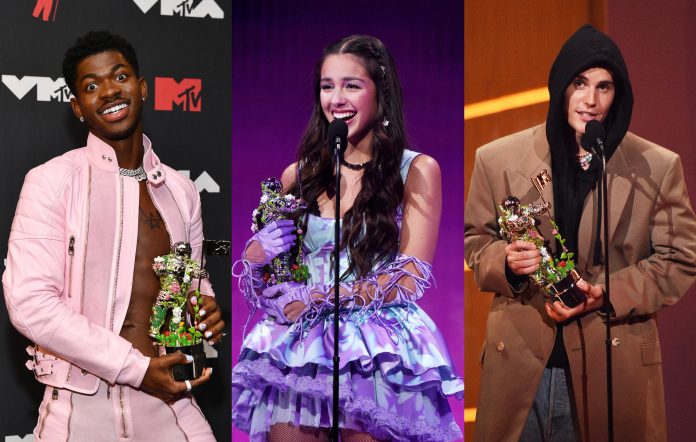 On Sunday night, the MTV Video Music Awards were held at Brooklyn’s Barclays Center, with Doja Cat hosting the event and the biggest performers competing for the coveted Moonperson imagery. Lil Nas X was the main winner of the evening, taking home three awards for his single “Montero (Call Me by Your Name)”, including the prestigious Video of the Year trophy and awards for Best Direction and Best Visual Effects. The musician dedicated his Video of the Year statue to “the gay agenda,” a witty, layered reference to the queer-positive iconography and language he’s used in recent hits. Other award winners included Olivia Rodrigo, who won Best New Artist and Song of the Year (for “Drivers License”); Justin Bieber, who won both Artist of the Year and Best Pop for his song “Peaches,” starring Daniel Caesar and Giveon; Billie Eilish, who won Video for Good for her ballad “Your Power”; BTS, which won Group of the Year; and Travis Scott, who won Best Hip-Hop for “Franchise.”

The full list of winners can be found below:

Billie Eilish won Video for Good for her ballad “Your Power”.

Olivia Rodrigo has won 2021 PUSH Artist of the Year.

Normani performed “Wild Side” and danced with Teyana Taylor.