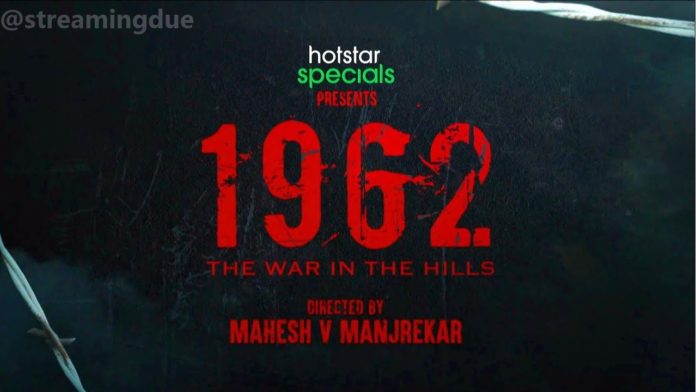 The web series stars Abhay Deol in the lead roles along with Rochelle Rao, Satya Manjrekar, Vineet Sharma, Sumeet Vyas, Akash ThosaHemant Kumar, Sanjay Dadhich, Rohan Gandotra in supporting roles. The web series was created by Mahesh Majerekar, who is known for some biggies like Vastav, Asititwa and others.

The web series is set to be released on Hostar from February 26, 2021, the web series will be released in Hindi, English, Tamil and Telugu. The series would also come out with English subtitles.

The story of the series is based on the Indochina War of 1962, the more can be predicted about the story when watching the trailer. We would update the last review of the series after release in the review section.

This was all about the original Hotstar series 1962 The War In The Hills, what’s your take on the series, let us know in the comment section, for more posts and updates like this one on the web and digital releases, stay tuned with U.S.