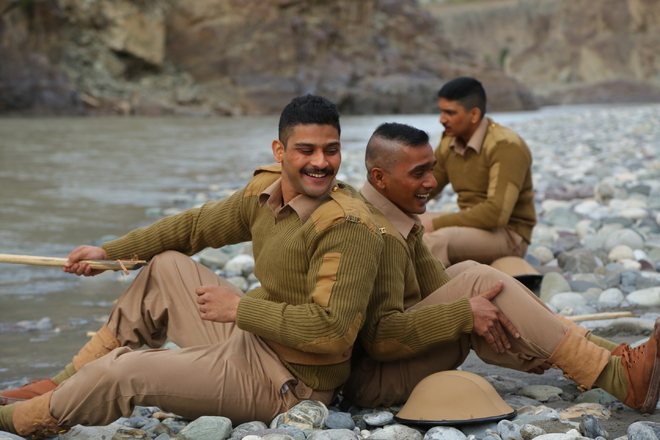 The 1962 web series: The War In The Hills is the story of 125 Indian soldiers who fought 3,000 Chinese soldiers. On February 26, you can see not only the brave men ‘s fighting skills, but also their human side.

“It’s not an ordinary show, but one with many firsts,” says producer Ajay Chacko. “We didn’t treat the series as an OTT show, but three feature films in one. It took us about two and a half years from start to finish, ”he begins. That the action is being set up by internationally acclaimed Don Lee who is known for his stunts in films such as Pirates of the Caribbean and Star Trek and that Hitesh Modak has composed seven songs by some of the best voices in India – Sukhwinder Singh, Vijay Prakash, Salman Ali, Shailey Bidwaikar and Shahjan Mujeeb among others, makes it an astonishing spectacle, he says. While the cast can’t praise their director enough, Manjrekar takes the humble away. “You know, shooting was not difficult because great work was done by Charu (Charudutt Acharya), who captured not only the war beautifully but also the personal lives of the soldiers.

Interestingly enough, many in the cast dreamed of donning the olive green color. “I know what the soldiers and their families are going through,” said Mahie, who was once selected for the armed forces and it was an accident during training that shattered her dream.

Akash Thosar of Sairat’s fame was another candidate for the military. “I appeared twice for the selection process, but it was not supposed to be. When I put on the uniform on the first day of the shoot, I was filled with pride and kept greeting myself. “Sumeet Vyas told how they were asked to photograph in a sweater in the cold conditions.” When I said that the suits were not adequate for such cold weather, I was told that our soldiers could not afford more, and some had not even that. “

Awe of those soldiers who have left everything behind to serve the nation has united the cast. Meiyang Chang says, “To be honest, I would rather have played a role in the Indian Army. But Mr. Manjrekar gave a villain such a grand entry and I would be forever grateful to him for that. “

Don Lee had a blast too. Manjrekar jokes, “It took me a while to come to terms with the way war scenes are shot here in Hollywood. But by day three, Lee and I were on the same page. By this time Don was also eating spicy food with his hands. “