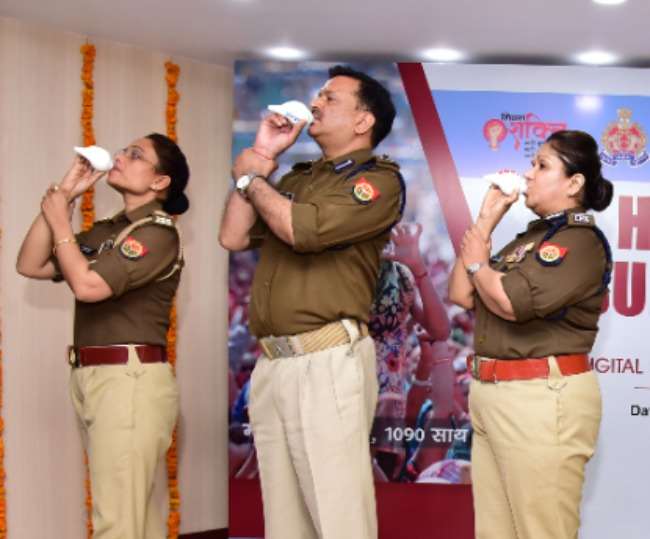 UP Women Power Line 1090 launched “Humari Suraksha” on Friday, a digital outreach program to reach out to people in need digitally.

New Delhi | Jagran News Desk: Attention perpetrators! If you try to upset women, UP Police 1090 will track you down immediately. UP Women Power Line 1090 on Friday launched “Humari Suraksha”, a digital outreach program to reach people in need.

During a press conference, ADG Neera Rawat explained how the application works. She said that if anyone tries to harm women or young girls, either on the road or by sending obscene videos or messages on social media, the poster of the accused will be put up in town as punishment.

This is done to strengthen CM Yogi Aditynath’s mission of Shakti Yojna for women’s safety. It’s kind of digital chakravyuh to immediately catch the assailants using the IP address.

Rawat added that the app was initially launched in six districts of UP. To a great response, UP police have now launched Digital Chakravyuh in the other districts of the state as well.

According to research, there are 11.6 million internet users in the state, all below the target of 1090. So if anyone tries to break women’s safety by sending obscene messages or videos on social media, a warning message will be issued. shipped to them immediately.

IPS Raghavendra Dwivedi said the posters will be put up in public places along with slogans, especially black spots in the state, to arouse fear in the assailants.

Every time R Madhavan beat it in the salt and pepper look; see pictures

Still looking for ‘Run, Hide, Fight’? Here’s where you can stream online